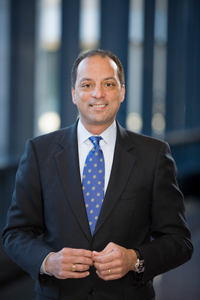 Roy Jackson is Vice President, Central Zone for Coca-Cola Refreshments, Foodservice and On Premise Division, and is General Manager for 21 states in the Central United States.  He currently lives in Atlanta and Dallas. Roy joined Coca-Cola in 1997 from PepsiCo/Tricon where he was Director of Operations – Southeast for Taco Bell.  Roy has held numerous positions with the Coca-Cola Foodservice Division including Director of Sales for the Wendy’s International business, Director of National Accounts, and Vice President of National Accounts in the East Zone.  In 2004, Roy left the Coca-Cola Company to become Head Coach, Vice President of Operations – East Territory for YUM Brand’s Pizza Hut unit and was responsible for operations of over 850 company-owned restaurants.  He rejoined Coca-Cola in 2006 as Vice President, National Sales, Foodservice and Hospitality managing Sonic Industries, prior to accepting his current position as Central Zone Vice President in Dallas.  Roy earned his Bachelor of Arts in Political Science from Union College, and his Master of Public Administration from Columbia University, School of International Affairs. Roy is currently Chairman of the Board of the Multicultural Foodservice and Hospitality Alliance and is on the Board of Trustees for Union College in Schenectady, NY.