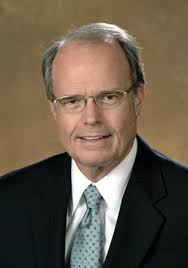 Richard Bowen is widely known the Citigroup whistleblower. As Business Chief Underwriter for Citigroup during the housing bubble financial crisis meltdown, he repeatedly warned Citi executive management and the board about fraudulent behavior within the organization. The company certified poor mortgages as quality mortgages and sold them to Fannie Mae, Freddie Mac and other investors.

Citigroup eventually stripped him of all responsibilities, placed him on administrative leave and told him his presence was no longer required at the bank.

Richard subsequently testified before the Securities and Exchange Commission giving them over one thousand pages of evidence of fraudulent activities. In 2010, he was a key witness in the mortgage mishaps and gave nationally televised testimony before the Financial Crisis Inquiry Commission.

His testimony has been widely quoted and he's appeared on 60 Minutes and numerous programs related to the meltdown. Despite his efforts and years of extensive coverage and numerous subpoenas with additional testimony, no one has yet been prosecuted for what happened at Citigroup and other financial institutions.

As a highly sought after ethical leadership speaker, his stories keep audiences on the edge of their seats. He explains in clear terms what an organization must do to instill effective guiding principles throughout the organization to prevent ethical misconduct.