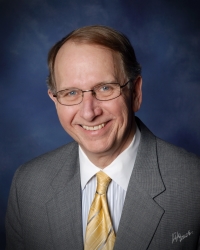 Don P. Millican is Chief Financial Officer for the various interests of George B. Kaiser, including Kaiser-Francis Oil Company. Prior to joining Mr. Kaiser, Mr. Millican was a partner in the international accounting firm of Ernst & Young, where he served as managing partner of the Oklahoma practice and served on the national Board of Partners until his retirement in 2003.

Mr. Millican is engaged in many civic activities, serving on the board of Oklahoma’s Tobacco Settlement Endowment Trust, Tulsa Educare, Inc., Oklahoma Policy Institute and Tulsa Neighborhood Networks. He also serves as chairman of the Board of Trustees of Oklahoma Christian University, as a member of the board of Central European Christian Education Foundation and as an elder of the Park Plaza Church of Christ in Tulsa.

He attended the University of North Texas and earned a B.B.A in accounting in 1974. He is a Certified Public Accountant. He and his wife, Donna, have three children and nine grandchildren.