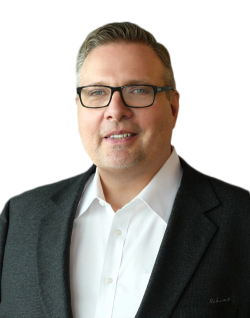 One of the most respected minds in the NBA, Donnie Nelson is involved in every aspect of the Mavericks basketball operations. Nelson, who owns 22 years of NBA experience, came to Dallas on Jan. 2, 1998 after three seasons as an assistant coach with the Phoenix Suns. Nelson was instrumental in rebuilding a team that suffered a decade-long playoff drought into a perennial playoff team and championship contender. Under Nelson the Mavericks have won 66.0% of their games with three 60+ win seasons, including a franchise-record 67-win season in 2007 which tied for the sixth best record in NBA history. The Mavericks are also one of just six NBA franchises to win 60 games or more three times in a five-year span. During his tenure, the Mavericks have made the playoffs seven consecutive seasons, been to the Western Conference Finals twice, reached a franchise milestone in 2006 when they advanced to the NBA Finals, and won their first Division Title in 20 years in 2007. In 2011 they won the NBA Championship. Read more

Nelson successfully coached the Mavericks while his father and former head coach Don Nelson was recovering from cancer surgery in 2000-01. Donnie led the team to a 15-8 record while serving as head coach. He was the top assistant to his father at Golden State, where he served the organization a total of eight seasons (1986-94). Nelson was also a regional scout for the Milwaukee Bucks for two seasons (1984-86). Since 1990, Nelson has served as an assistant coach for the Lithuanian National Team. In that span, he has helped them win three bronze medals in four Olympiads, a silver medal in the 1995 European Championships and a gold medal in the 2003 European Championships. In appreciation of his contributions, Nelson was awarded the Grand Cross of the Commander by the President of Lithuania in 2004. He also serves as Honorary Ambassador for the League of Industries. In 1994, Nelson proudly served as a scout for USA Basketball at the World Championships in Toronto. Dream Team II went undefeated on their way to capturing a gold medal that year.

Nelson’s tireless efforts helped crack two walls that once seemed unbreakable. He was responsible for signing the first player from both the Soviet Union (Sarunas Marciulionis) and China (Wang Zhizhi) to NBA contracts. In addition, Nelson holds the honor of being the only American coach to participate in a Soviet National training camp. On June 24, 1998, Nelson engineered a deal that brought a relatively unknown German and an unheralded Canadian to Dallas. Both Dirk Nowitzki (2007) and Steve Nash (2005, 2006) would go on to be named the NBA’s Most Valuable Player, giving the Mavericks the distinction of being the only team in history to acquire two future MVPs in the same transaction. “Donnie has been my biggest supporter from day one,” said seven-time NBA All-Star and 2007 MVP Dirk Nowitzki. “He works harder than any coach or president in the NBA. He thinks about basketball 24 hours a day.” More recently he drafted Luka Doncic to the Mavericks, who won the rookie of the year title in 2019, and traded for the rights of Kristaps Porzingis.

Nelson also serves as the Chief Advisor for the Chinese National Basketball Team. During his three years of service, they equaled their all-time best Olympic finish (8th) in Athens and won the Gold Medal at the 2005 and 2007 Asian Championships. He also worked with the Chinese Basketball Association in preparation for the 2008 Beijing Olympics. Nelson’s first exposure to the continent of Africa took place in 1992. He has conducted clinics in North Africa, Senegal, Nigeria and South Africa. He is also a successful entrepreneur, who has had, or has ownership stakes in multiple minor league sport teams, and holds the right to several professional sport leagues, including the Professional Futsal League.

Nelson is especially proud to be associated with the NBA’s Basketball Without Borders program in Africa. This outreach program provides educational opportunities to challenged African athletes. The Mavericks roster currently boasts two African-born players. Nelson founded the “Global Games” in Dallas, which gives area high school kids a chance to test themselves against the top Junior National Teams in the world. The games completed their eighth season this past summer. In Dec., 2002, Nelson’s heart for disadvantaged youth led to the creation of the Assist Youth Foundation which has since combined with the charity organization known as Heroes. The foundation’s goal is to advance opportunities for underprivileged kids in the Dallas/Fort Worth Metroplex and across the globe. A 1986 graduate of Wheaton College (Ill.), Nelson was inducted into the school’s Hall of Honor on Oct. 3, 1997. He led Wheaton in scoring and was an NABC All-Midwest selection. Born Sept. 10, 1962, he and his wife, Lotta, have a daughter, Christie (8/10/92) and son, D.J. (5/24/94).